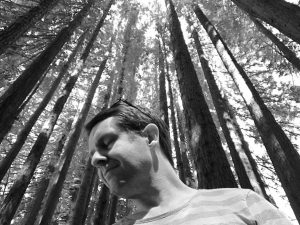 Gavin Griffin, also known as GMJ, has been a prominent figure in underground electronic dance music for over two decades.

Forging a successful career as a DJ, event organiser and producer, Gavin is a pioneering force in the Melbourne scene and has performed in all corners of the globe.

Playing alongside some of the world’s leading names in deep house and progressive, it was natural that Gavin would one day bring his passion for hypnotic soundscapes and deep grooves to the studio setting.
In 2007, the GMJ project was born and he has since released on iconic recording imprints including Proton Music, Replug, Sudbeat, Anjuna Deep, Particles, Parquet, Balance Music, Baroque, Balkan Connection, Iboga, onedotsixtwo, Open Records and many more.

2016 saw GMJ’s standing within the upper echelons of global progressive house confirmed with a nomination in the best of Beatport awards, and his monthly radio show “Future Memory” beginning & regularly featuring at the upper end of the charts on Proton Radio.

Last year saw the bar raised to new heights with a collaborative release on Balance Music, and highly acclaimed sets for progressive astronaut events in London & Replug records at ADE alongside Matter setting the standard for a continuously evolving picture into future sound.

In recent times the birth of the new label “meanwhile” with Matter signals a new dawn into an exciting journey featuring individual & collaborative releases, alongside some of the worlds finest.